The BMW M5 is receiving it’s mid-life update, including a small restyle, uprated technology and even more hardcore performance.

Ever since the birth of BMW’s M division way back in the 1980’s, the Bavarian automaker has always set the bar when it comes to taking a relatively ordinary car and turning it into a true supercar killer. Without BMW’s legendary M cars, we may be missing things such as the Audi RS6 and Mercedes C36 – they will always be the original, but are they still the best?

Well, the current M5 is no exception to the incredibly high standard of performance vehicles BMW are known for producing. With it’s punchy engine, new four-wheel drive system and as per usual – lashings of the latest technological and luxury features, the ‘normal’ M5 has more than upheld family tradition. But what if you took every aspect of a near perfect car and made every piece just a little bit better? Let me show you what I’m on about.

Starting with the looks, you’ll notice on the face of it that not much has changed – that said, the magic here is in the details. BMW’s famous kidney grille still sits pretty up there at the front, though it has been positioned slightly lower, sat more upright and is now finished with a black surround as standard. It also features one of two ‘competition’ specific badges, you’ll find the other stood proudly on the boot lid. A plethora of new individual colour options are available also, including Motegi Red and Tanzanite Blue. New adaptive headlamps, slightly larger side air intakes and high gloss black mirrors round of the styling changes for the competition – as I say, not much has changed in regard to the looks.

What has had a drastic update though is the driving dynamics. The same technology featured in the M8 Competition has been nicely ported to feature on the updated M5. Gone are the usual M spec dampers and in their place are the adaptive dampers found on the M8. The driver settings have been streamlined from previous models to now simply incorporate three modes – Comfort, Sport and Sport+. 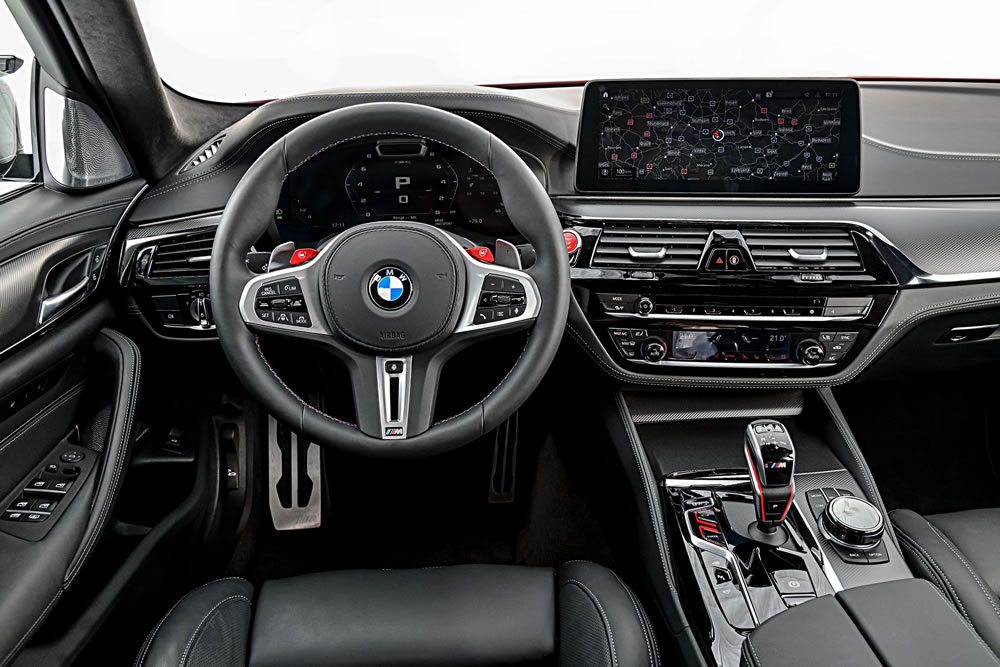 Comfort as you’d expect maximises the cars abilities for everyday use, with the engine producing slightly less power, MPG is slightly improved (very slightly) and dampers are set up for a much softer, smoother ride. Sport will feel very familiar to current M car owners, with the engine on maximum attack and a slightly firmer ride, the car will be set up perfectly for a B road blast as the driver aids are firmly left on. Sport+ is designed with the braver members of society in mind. Featuring no traction control and very firm damper setup, this will undoubtedly make the competition a monster on any of the worlds race circuits.

New bespoke engine mounts have increased overall rigidity and improved engine response, making the twin-turbo V8 feel, for all intents and purposes, naturally aspirated. The competition features the same 8-Speed Steptronic gearbox as the regular M5 and M compound brakes will now be fitted as standard, with carbon ceramics still available for a fee. The sensational V8 featured in the base car has been uprated to now produce 625hp and a monstrous 750nm of torque. All this is transferred to the road via all four wheels, taking the BMW to 60 in just 3.3 seconds and on to a limited top speed of 189mph. Should sound good too, as the M sport exhaust is now fitted as standard. 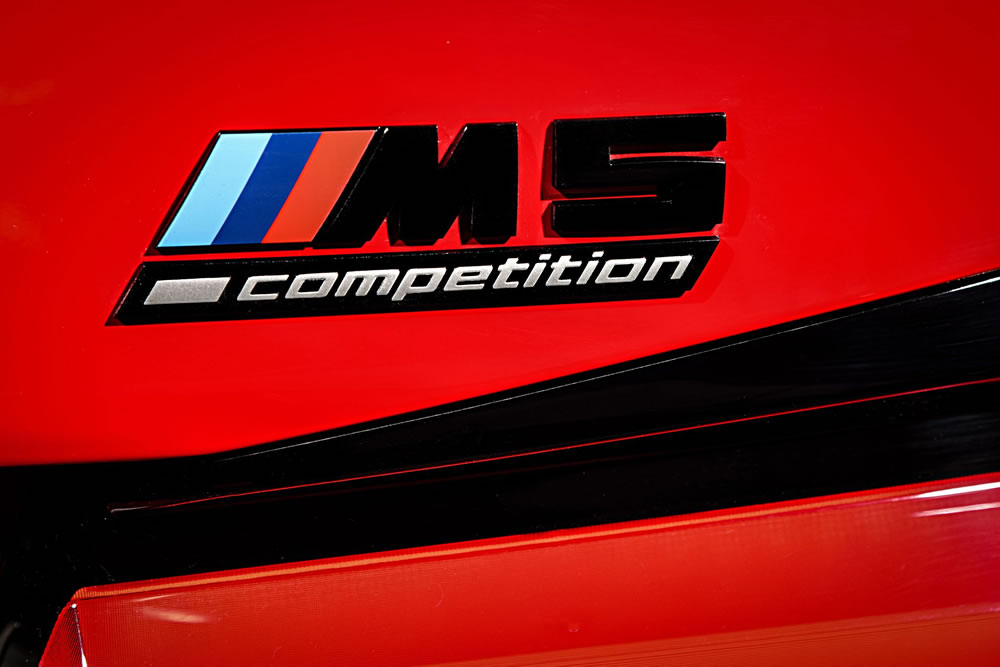 The interior has largely stayed the same, but the headline changes include a larger 12.3-inch infotainment display, improved safety systems as standard (speed limit readout, blind spot indicators). Merino leather is also now fitted as standard along with the Harmon Kardon stereo, head up display and tinted rear windows. Rest assured that the new cockpit shall remain a wonderful place to sit, with the most desirable options including a panoramic sunroof and 360-degree camera.

All this performance and luxury doesn’t come cheap though, with prices now starting from a smidge over £98,000 this is the most expensive M5 to date. This jump in price suggest that we may not be a million miles from the day a base M5 may cost over £100,000, though you’ll be looking at over that for one of these in a nice specification regardless. More than worth it though, as this remains the best car to waft down to the Nürburgring, set a blistering lap, then waft all the way home. I could be speaking out of turn, but is there a chance this could be the perfect fast saloon? I dare say, quite possibly.

Planning a luxury getaway to the tranquil and...

Why a holistic approach to health is the...

Hotel Review: The Palazzo at The Venetian Resort,...

From new ways of shopping to the latest...

Inside The Dumont’s Alta Collection: The latest...