Dior x Nike Air Jordans have been dominating recent luxury news cycles; Initially retailing for US$5,000, these high top sneakers now retail for $28,000 to $32,000 in after-market sales auctions. Yet, before the dominance of Nike Air Jordans on the courts and around the auction sites, the Adidas Superstar was the ‘OG’ aka original basketball shoe.

Manufactured in 1969, the Superstar was released as a low-top version of the Pro Model basketball shoe, achieving such heights of popularity that it swept away the reigning high-top canvas Converse Chuck Taylor All Stars (the Air Jordans of the era) that had dominated the sport for decades. To talk of why Air Jordans became supreme on NBA courts in basketball’s modern history, is to acknowledge that the the Superstar has only seen one major update in its lifetime – the introduction of the Superstar II in the 1990s; standing in stark contrast to how Nike spun its Air Jordan line into an entirely different sub-brand with its own product cycle: in essence creating hype even before hype became part of fashion lexicon.

While today, it’s hard to imagine basketball without Air Jordans, the Adidas Superstar was the first, most visibly documented in The Last Dance, Netflix’s recent documentary series on the Chicago Bulls (but really, more a autobiography to Michael Jordan’s work ethic and athletic greatness), it certainly raised a few eyebrows that when His Airness Jordan went pro in 1984, Nike wasn’t even on the b-ball scene and Jordan signed his first major endorsement deal with Adidas instead.

30 years on, Prada for Adidas Superstar trainers boasting the fit and function of the three-striped icon, combined with the premier cut and the handcrafted artisanal finish of luxury fashion house Prada sees the German brand’s most potent opportunity at reclaiming the sportive, cultural, and fashion ascendency it once ceded to Air Jordans. Yet, it’s journey to pop cultural relevance was far from a given – subtly re-imagined time and time again and used on  “shelltoe”, “shell shoes”, and “shell tops” for their rubber shell toe piece, this iconic silhouette is regarded as one of the major influences in the rise of the modern day “sneaker culture”. 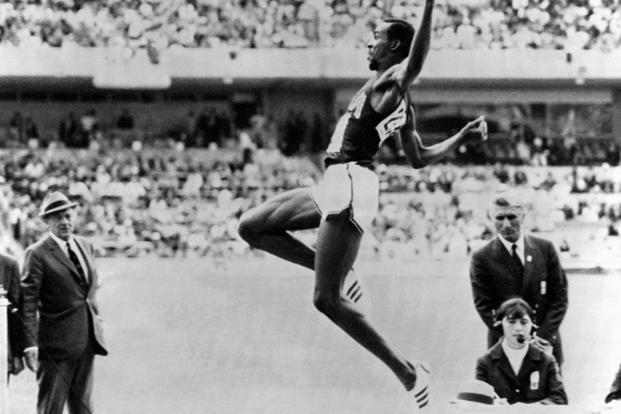 A German company making a low-top sneaker; Leather instead of canvas, low-top instead of ankle supporting high cut, it’s acceptance in the American basketball market, much less its dominance for the better part of the 20th century was hardly a “given”. Yet, even with the signature three stripes on 75%of the running shoes worn at the 1960 Olympics in Rome, it was not until its adoption by pro-basketballers like Kareem Abdul-Jabbar that the shoe with rubber toe protection and non-marking sole caught the attention of the wider NCAA and NBA.

According to Sandra Trapp, a historian who produced archival documentation in Superstar: How An Icon Was Born, Adidas’ lightweight leather overcame many of the disadvantages of the canvas All-Stars, most obviously in foot protection. And if players weren’t initially convinced of the feasibility of low-top sneakers in a high intensity jumping game like basketball, “oversized heel counters stopped the foot sliding around and reduced the risk of sprained ankles”. Finally, there was the “padded tongue stopped tight laces cutting off blood circulation; and a wedge in the heel stopped the shoe collapsing when the players landed” – the Superstars were purpose built for the fast-paced game and when high profile basketballers started to prove their practical (and aesthetic) functionality, it was all but game over for Chuck Taylors. Within the first few years of its introduction, the Superstar was being worn by over 75% of all NBA players; while over the years, it lost ground to Air Jordans, it’s presence since the early days of hip-hop, ensured that the signature shoe of the local New York musical and artistic movement not only flourished in the continental United States but eventually became a global concern. Even as footwear technology evolved, the Superstar was held in such high regard that it made the natural transition from court to streets, and it is there that it really left its lasting impression.

Adopted by Run D.M.C. the hip-hop band wore them on stage, often sans laces and with tongues iconically pushed out that it became a cultural duel of sorts when an anti-sneaker rap song by Jerrald Deas called “Felon Sneakers” was met by a riposte strike by the hip hoppers entitled “My Adidas” in 1986. The song paid tribute to the Adidas Superstar, and flipped the stereotype of the ‘b-boy’. But most consequentially, the deal made between Run-D.M.C. and Adidas caused waves in both corporate and consumer sectors for being the first endorsement deal between hip-hop artists and a major corporation. 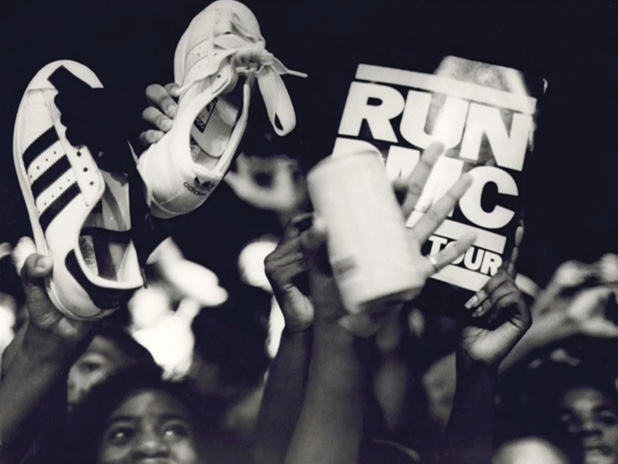 Prada for Adidas Superstar: Off the Courts and Riding on Hype

That said, it’s noteworthy that Adidas Superstars also lucked out, riding a wave of the golden age of television, which beamed the unmistakable three stripes into millions of homes in the US and around the world, Mr Darryl Matthews McDaniels, aka DMC, would say later, “It took us from the streets to mainstream white America.”

The Superstar itself, like other cultural icons like say, the Rolex Submariner, is itself hardly changed. By the 90s and 2000s, the Superstar became better known for skate shoes rather than the basketball court and perhaps, riding once more on street culture, the instantly recognisable silhouette became a staple for skateboarding professionals like Drake Jones and Carlos Kenner and a cross-cultural “canvas” for hype brands like Bathing Ape and spanning high profile brand collabs with 20th century cultural touchstones like Star Wars. “With each partner bringing a unique perspective to a conversation founded on mutual exploration and the search for new boundaries, Prada for Adidas is a laboratory for ideas, a new vehicle for creativity.”

In 2019, the sneaker after-market was estimated at $2 billion, that same year, we saw the debut of the Prada for Adidas brand collaboration. The two powerhouse marquees unveiled a unisex collection complete with Prada Superstar trainers and the Prada Bowling Bag for Adidas. For 2020, three new sneaker of Prada Superstar trainers with classic colourways went on sale yesterday. According to Caitlin Donovan, Head of Christie’s handbags and accessories department, sneaker connoisseurs pay attention to the design, provenance and legacy, the very same product attributes which drive the re-sale values of Hermes Birkins. Speaking to Dhiram Shah of Luxury Launches, she said, “These designs were created for the world’s best athletes, worn in historic games, and featured groundbreaking designs. With this legacy, these objects are elevated to pieces of art and luxury.”

The Rolls-Royce Neon Lights Collection Was Inspired By...

G-SHOCK & Wildlife Promising Team Up For a...

Reinventing Spaces – The Allure of Placemaking in...

This may be the coolest apartment you've...